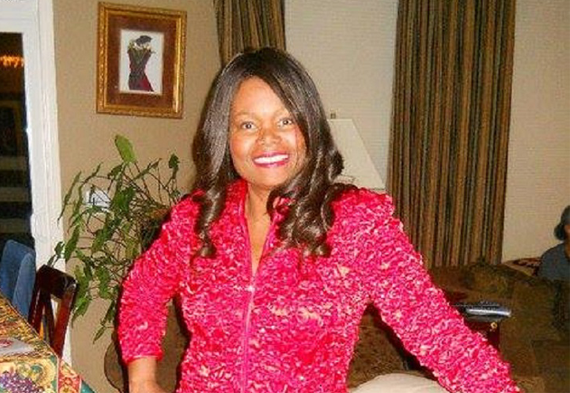 Nicole Weaver, a French and Spanish teacher from Denver South High School, is the author of several award-winning trilingual children's books. She's also traveling with a group of her students on an Xperitas immersion program to France in the spring of 2018. The other day, Nicole interrupted her busy schedule to chat with us about her life's amazing journey. We talked about her childhood in her native Haiti, how she became a high school language instructor in the United States, and what made her start writing trilingual children’s books in the first place.

Which languages did you grow up with, or were spoken in your household as a child?

I grew up speaking French and Creole. When I came to the United States, I was ten years old, so I had to learn English. In high school,  I started taking Spanish, and then when I went to college I studied Spanish and became fluent in it and started teaching. I’ve taught Spanish for 23 years, and then the last three years, we needed to create advanced placement and honors at my school, because up until sophomore year, they had nowhere else to go. So, we came up with the idea that we would offer Advanced Placement French, but then they replaced it with my Spanish class.

And then how did you decide to start studying Spanish?

I was a senior in high school and basically I didn’t want to take physics, and the only other class I could take in that time in New York – I went to high school in Upstate New York, and I had to take that class, – my counselor did not let me have a free period. So, I ended up taking an advanced class of Spanish my senior year of high school. I really excelled in the class, and then the following year, I decided that I was going to major not only in French but also in Spanish, because originally my goal was to become a translator and an interpreter for the United Nations. When I was preparing to get the exam to be able to do that, I took a part-time job at a college tutoring kids, and that’s when the teaching bug took over and I decided that, “Hmm, I kind of like this teaching stuff.” I went back to grad school, because I didn’t take any education classes while I was in college, and doing the classes I needed to become a certified teacher.

Were you able to study abroad at all during college?

When I was a junior in college, I got a scholarship from the University of Syracuse to study in France. I lived in France for two months in a teacher residency program. I’ve always been involved in traveling, and that’s why I always thought it was such a critical part of teaching language to young students. They really need that study abroad experience because it really changes their lives. I’ve been taking kids abroad since 1992. I’m kind of nearing the end of my career. I have two more years to go until I retire from teaching. I began teaching in 1985. I'm glad that I found Xperitas. I just wish I had found it before now!

So how exactly did you get into writing children’s books?

It really all began back in 2009. I had no intention of writing a book, but my oldest son had left for college out of state, and then my daughter left for college out of state, and I just got very depressed, living at home and not having my kids around. A fellow teacher friend of mine, who happens to be a former language teacher as well, had published some books, and she was part of the local author organization. She said, “You need to get out of this depression.” She dragged me along, and I registered to attend different sessions about writing books. One session in particular I attended was very enlightening. It talked about how that if you intend to write for children, you really need to believe in that time and the experiences you had yourself as a child.

My mind to went back to my experiences of a little girl living in my native Haiti. My father was an architect, and he had built a house for us right by the beach. Where we lived, sea turtles made their homes there, and some came on land to lay their eggs. One day, there goes this humongous sea turtle upside down. I was a little girl who was seven years old at the time, and I wanted to help it turn its face the right way so I could push it back in the ocean. But I couldn’t do it. It was just too heavy. So, I went and got my father, and he was like, “Okaaaay.” He had different visions of the sea turtle. He wanted to cook it and make soup out of it. So that experience traumatized me.

After that weekend, I decided that I was going to write a story about my life as a little girl, and that’s when I began “Marie and Her Friend the Sea Turtle.” But in my book, I put a happy ending to it. I was able to put the sea turtle back in the ocean.

Having grown up speaking French, and having learned University Spanish, I decided, “Well, I’m a language teacher, so wouldn’t it be a cool idea to write these children’s books as trilingual books?” I had seen bilingual books, but I’d never seen trilingual books. That’s when the idea came to mind and I decided to do that.

Was it difficult to get support for a trinlingual book and to ultimately get your first trilingual book published?

It was really, really important to me that my first book was about my family, because it was my story, so I never really put it through a traditional publisher. It was quite expensive to get that first book published. It did really well, and then I decided I wanted to write additional books, so that’s when I got an idea to start writing about twins and their close relationship that they have. My sister had twins.

But this time, instead of me trying to self-publish it, I sent out a manuscript, and one publisher really, really loved the idea of it being a trilingual book. She gave me a contract for what was my second book, “My Sister is My Best Friend.” After that, the idea came about twin boys, and that became my third book ,“My Brother is My Best Friend.” I also have a third book in the twin series coming out late Summer. Currently, that’s being illustrated right now by the illustrator, who lives in Australia. That one is the final book of the series. Currently I’m working on some other manuscripts and seeing if I want to put a different type of series together.

Absolutely. That’s the reason why I wanted to write the books in three languages. My publisher thought it was a brilliant idea, because as a parent that’s interested in introducing a language to your children, you don’t necessarily have to pick two different books. You can just have one book, and have both the French and Spanish. Those are two languages that are very popular in school, and the next popular language would probably be German, but I don’t know German. [laughs]

We are certainly glad our paths crossed with Nicole! We are grateful for the time she spent to tell us her story. We also wish her the best of luck in her future writing, as well as in her final years as a high school language instructor.